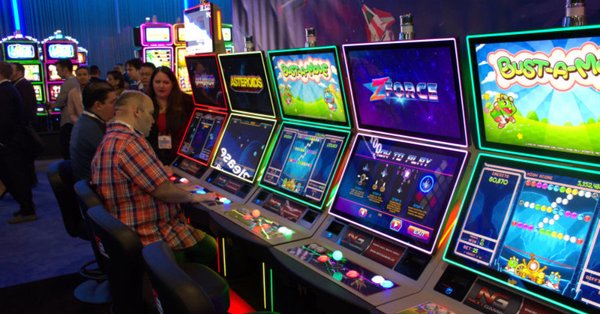 Electronic table games show the way to success for skill-based slots to bring fun to casinos, Next Gaming CEO says

Casino executives should heed the lesson from electronic table games when it comes their evaluation of skill-based slots, according to Next Gaming CEO Michael Darley.

The Las Vegas-based company, which has four games close to going live in a casino for the first time, will showcase seven of its skill-based games at next week’s Global Gaming Expo at the Sands Expo Convention Center in Las Vegas.

The nascent skill-based gaming industry, currently led by five companies, including Next Gaming, is trying to gain a foothold on the casino floor as it competes with traditional slots that on average generate more revenue.

Darley said the benchmark used for traditional slot machines shouldn’t be applied to the skill-based industry, which is attempting to attract millennials and others into casinos. He said it’s about creating an environment and fun experience that makes people want to keep coming back.

“It’s about getting new people in seats, retaining them and making them feel good about being in the casino,” Darley said. “That is the crux of what we’re trying to do in skill-based games because it’s a new experience for all of the players.”

Darley said the industry has been trying to design a skill-based game generating revenue close to or above the house average of traditional slot machines, but many in the skill-based industry are saying they’re not sure that’s the right benchmark.

“Some of the casinos are shortsighted because they’re so focused on this machine that didn’t make 80 bucks, and that machine that did make 80 bucks so they want you to take your machine out,” Darley said. “There’s a lot of conversation about that. I don’t think right now, with the evolution of skill-based games, that that’s the right application. Can we return to when people came into casinos to have fun?”

Darley cited the debut of electronic table games and how there weren’t a lot of people playing them initially because they were unfamiliar with the format. Those who had the vision knew there were people that would enjoy the experience versus a live table game.

“That took awhile,” Darley said. “People just didn’t put those electronic table games on the floor and overnight there were butts in the seats. People had to have an acceptance factor with those games. That is exactly where we are with skill-based slots. They don’t know them well enough, but they will. If the casinos stick with us and allow those games to be on the floor for an appropriate amount of time, you are going to find acceptance.”

This year’s G2E follows the release this summer of a series of studies led by the University of Nevada, Las Vegas, that revealed that regular slot players can’t tell the difference between the house edge from one game to another. Anthony Lucas, the UNLV Hospitality College professor behind the effort, said some casinos around the world are already using the information to boost their revenue.

“I think this study only hurts our efforts if people believe it,” Darley said. “If I crank the machine up and hold more, I make more money for the short term. I don’t think the skill-based product is going to offer that. Certainly ours won’t. I don’t think the way the other games play allow that.”

Darley said high holds aren’t the goal of the skill-based industry and when executives from the five companies that produce the product converse with one another it’s not about making the most money possible. It’s about how to “create a fun, entertaining and immersive experience,” he said.

“It’s not predicated on how can I get your money from you in the next 15 minutes,” Darley said. “Our company is about getting you on our game, getting you engaged in the game, and making you feel good about playing the game – and, at the end of the day, do you feel value for the experience. That’s the common denominator with skill-based games. We are trying to get there in a variety of ways. We’re all different, but we all try to provide that experience.”

Darley said he doesn’t think there will be a knee-jerk reaction to the UNLV study. Experienced people on the slot floor won’t believe the study because they understand their customers, Darley said. Others in the industry will think it’s a great idea and increase their hold.

“If somebody says I need your games to hold 15 percent, I am not going to do it. It doesn’t do my brand any good,” Darley said. He added that, in his view, it’s only a matter of time before skill-based gaming breaks through.

“When there’s the right product on the floor and the industry has gone through more than this three-year growth period and gotten more mature, (casinos) will want those machines. People will need those machines and are going to have those machines because their competitors have them.” 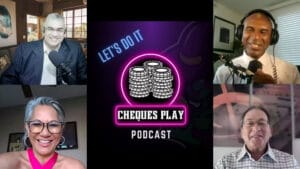 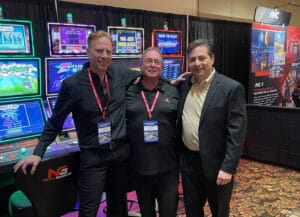